For some time now, cryptocurrencies continue to be popular globally, with 2018 having over 1600 types. Because the number keeps growing, there’s a high demand for developers in the blockchain-a technology for cryptocurrencies.

Therefore, you can also find a reliable and well-paying job in the crypto world apart from investing. But dive in and learn more to stand a better chance of ruling out your stand in this field to favor you. Besides, information is power!

Down the Memory Lane to Cryptocurrency

In ancient times, the barter system was the only way of trading what you have to get what you want. In short, people traded their goods and services for what they wanted in exchange. However, at some point, this system had to come to a halt because of some flaws. For instance;

People had to have matching requirements. For example, if you wanted to sell something, you had to look for someone who had something you want to buy, and they are willing to buy what you had in offer.

There was a lack of measure in value. Not all items could be for dividing, for starters, even though you had to decide the number of items for exchange, such as dividing a live animal for anything smaller.

Transporting goods was a challenge. Imagine carrying sacks of farm harvests or blacksmith items to a longer distance. And even worse, going back home with more items after the trade. Unlike modern trade where your money fits in a wallet of mobile banking.

After realizing the barter trade was not going to work, an official currency came after few changes. The paper currency gained popularity globally in 1900 hence becoming a modern currency for all people. Well, different states had to modify their identity into their currency.

Modern currency comprises paper, coins, credit cards, and even digital wallets. However, all these currencies have a centralized regulatory authority regulating how paper currency and credit cards operate. 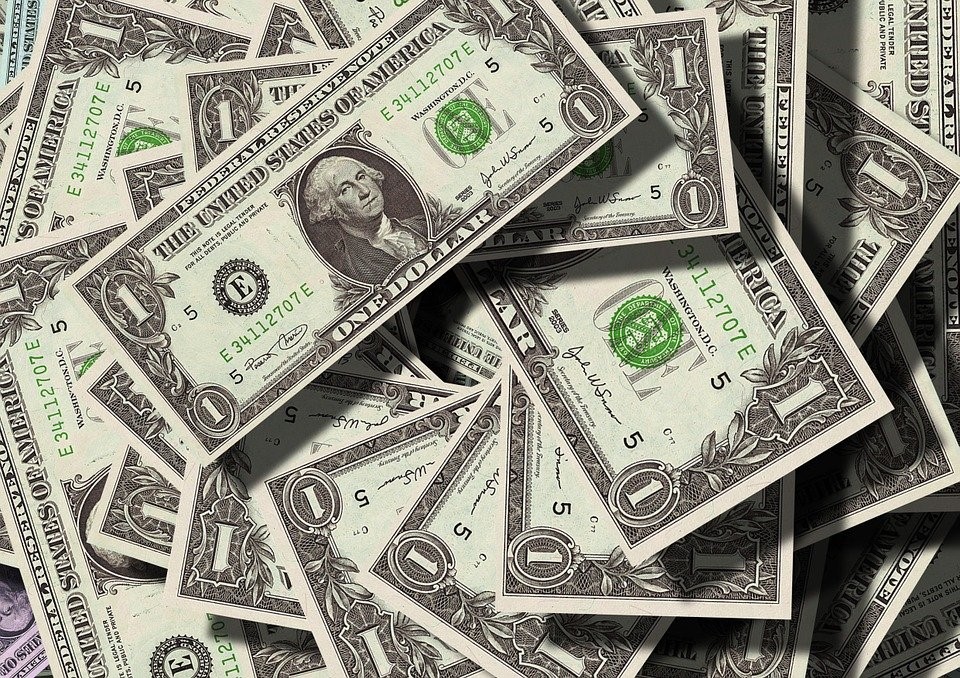 With traditional currencies, even simple bank transactions from one account to the other could go wrong. For instance, when sending money to a friend’s account;

While all these could be hitches to completing a simple transaction successfully, the bank continues to be the villain in the picture.

That is why the future of fast and straightforward transactions lies with cryptocurrencies. For example, in a transaction between 2 bitcoin users, one party instantly receives a notification of verification to send the money. When verification happens, the system will authenticate the identity, account balance, and many more. After authentication is complete, the other party receives the money immediately. Remarkably, the entire procedure is fast and happens within minutes.

Therefore, it is evident to state that cryptocurrencies remove all the challenges you experience in modern banking. With cryptocurrency, there are no hacking, technical issues, and no limit of amount to transfer. Luckily, you can always get the latest news and updates concerning the crypto-world at Cryptocurrency Investment.

The term “cryptocurrency” is from the encryption skills used to secure the network. Therefore, a cryptocurrency is a digital or computer-generated currency with cryptography making it almost impossible to fake or double-spend. Several cryptocurrencies are devolved networks based on blockchain technology.

An important aspect of cryptocurrencies is that they usually are not distributed by any central authority. This makes them hypothetically immune to government meddling or manipulation.

Moreover, blockchains are structural ways of ensuring transaction data integrity plays a significant role in many cryptocurrencies. However, experts believe that blockchain and similar technology are likely to disrupt several finance and law activities.

It is also vital to note that cryptocurrencies face reproach for various reasons. Such reasons include the use for unlawful activities, exchange rate instability, and liabilities of the organization underlying them. However, they also get applauding for their convenience, divisibility, price-rise resistance, and transparency.

Address: Somewhat like an e-mail address, users share their coin-specific address for other users to transfer coins to them. Unlike e-mail, people can have several different addresses, and it’s usually advisable that you create a distinct one for each transaction.

Fork: A software fork happens when there is an alteration to the original program, bringing about a division of the original blockchain and a new coin’s foundation. For instance, two examples of Bitcoin Cash and Ethereum Classic are a result of forks. Besides, there are several forks, such as hard forks, soft forks, and accidental forks.

Hodl: This is a drawn back to a drunken, profanity-laced error in a forum posting. The word has become the cry for initial cryptocurrency supporters holding onto coins irrespective of price instability.

Initial Coin Offering (ICO): An ICO, also a token sale, is a means of financing where a company provides a new coin in exchange for authorization currency like U.S dollars or a digital currency. Usually, the funds received are for developing the new concept, and the token issued is for transacting on their network once it is operational. There’s a barring of ICOs in both China and South Korea. Moreover, the SEC states that they could think through the offer and sale of securities reliant on the offering’s conditions.

Smart Contract: It is an agreement written in computer code and automatically affects certain conditions’ accomplishment. Specific networks, like Ethereum, support smart contracts, but others do not.

Wallet: A cryptocurrency wallet holds private and public keys essential to transfer and receive coins. Notably, a wallet includes hardware, software, and paper wallets. Hardware and paper wallets are usually more secure than software wallets, although there are merits and demerits for using each. Happen to forget your private key and unable to access your wallet through back-up methods. It will be impossible to redeem your coins, and they are instantly eliminated from circulation.

How Many Cryptocurrencies Exist?

There are over 4000 cryptocurrencies as early as January 2021. And because the number continues to rise quickly, the total value goes up as well, placing it at more than $1.6 trillion since February 18th, 2021.

Conversely, bitcoin remains the most valuable and popular among the whole lot even with such a high proliferation. There are also other common digital coins apart from bitcoin. More so, amidst the high number of these digital coins, there are those bitcoin clones while others develop from scratch.

Bitcoin came into existence in 2009 by an individual or group going by the pseudonym of “Satoshi Nakamoto.” By Nov. 2019, there were more than 18 million bitcoins in rotation with an entire market value of about $146 billion. Remarkably, bitcoin boasts 68% of the entire value of all cryptocurrencies.

You should know that it initially advanced several of the cryptography used in cryptocurrency these days for military uses. At some point, the government planned to control cryptography the same way as the legal limitations on weapons; but citizens’ right to use cryptography was based on freedom of speech.

Why Are Cryptocurrencies Popular?

Cryptocurrencies charm their customers using different ways such as:

How Do You Buy Cryptocurrency? 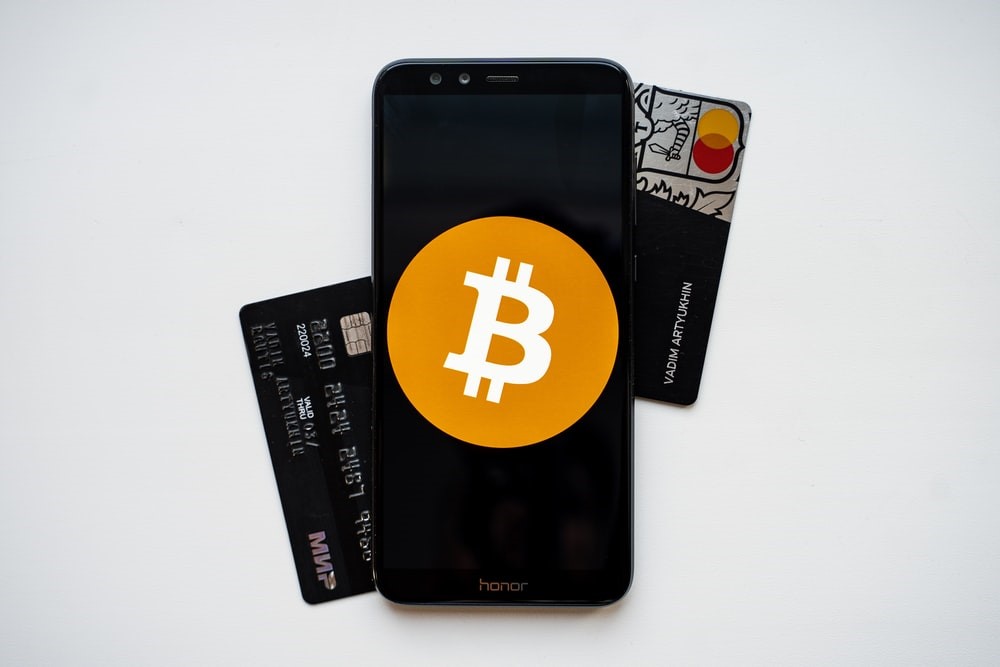 A standard way to buy cryptocurrencies is via a ‘wallet,’ a digital app that holds or stores your currency. Generally, you just need to create an account on an exchange, and then you can move physical money to purchase cryptocurrencies like Bitcoin or Ethereum.

Moreover, there are several trading exchanges where you can create a wallet, buy and sell many cryptocurrencies as they offer. If you decide to go this path, ensure the trading exchange has your choice of cryptocurrency and several other options if you want to invest in more.

Is It Legal To Use Cryptocurrencies?

Without a doubt, the U.S approves the use of cryptocurrencies in most businesses. However, China refuses to accept this type of transaction, terming it illegal. Generally, whether cryptocurrency is legal or not depends on each country.

But, ensure you protect yourself against fraudsters who come into scam investors of their hard-earned cash. Above all, buyers beware at all times.

Finally, the world is matching towards accepting as a standard mode of transaction. Merchants and customers will increase in its acceptance even with its volatile nature.

What You Should Know About Mortgage Fraud

Ada Smith - 28 April, 2020
You have probably visited a lot of company websites when searching for one service or the other. Your attention must have been captured by...

Ada Smith - 13 January, 2020
Google had (in February 2019) announced the introduction of schema markup for the product owners. It had also mentioned the ways for merchants to...

Ada Smith - 13 January, 2020
Building a startup resembles building a plane as it's tumbling from the sky. You have constrained time and assets, and every day feels like...

Running A Successful Restaurant In Your Community

Ada Smith - 16 November, 2020
Food is one of the basic essential things of life, which many people do not joke with as it gives strength and helps develop...